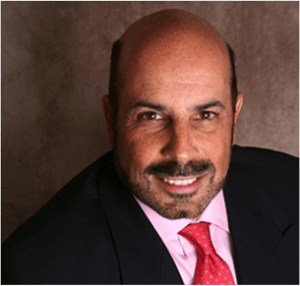 Dr. Wayne Sebastiano was raised on Long Island and graduated from Adelphi University.  He attended the University of Aquila College of Medicine and Surgery near Rome, Italy and graduated with honors.  After returning to the United States, he completed his internship in General Surgery at the Catholic Medical Center of Brooklyn and Queens and a three year residency in Family Medicine at Downstate Health & Science Medical Center in Brooklyn. He was also an Assistant Clinical Instructor at the school of medicine.

Dr. Sebastiano entered the public sector and for the next two years was a full-time Emergency Room Physician in three local area hospitals; Mercy Hospital in Rockville Centre, South Nassau Communities Hospital in Oceanside and Franklin Hospital Medical Center in Valley Stream. He also joined both the Office of the Chief Medical Examiner as a Crime Scene Investigator for the City of New York (CSI-NY) & the New York State Troopers Alumni as a Police Surgeon.  In 1989 Dr. Sebastiano entered private practice and opened his first office in the Five Towns, NY.

In 1990, the Federal Aviation Administration certified Dr. Sebastiano as an Aviation Medical Examiner, and in 1991 he was a physician-on-scene at the site of an Avianca Airlines 727 jet that ran out of fuel and crashed in Cove Neck, Long Island providing emergency care to over 40 of the passengers who ultimately survived. Upon moving to Nassau County, he offered his services to the local Volunteer Fire Department as both a firefighter and as their Fire Surgeon. In 1991, he was honored with their “Fireman of the Year” Award for saving the life of a young carpenter who almost completely severed his right arm in a glass door accident.  From 1991 to 1994, he was the Team Physician for the Lynbrook High School Football Team.  In 1993, Dr. Sebastiano acquired Glendale Family Medicine as his second medical practice.

In 2000, Glendale Family Medicine acquired, built and moved into a new and larger corner facility, better equipped to provide medical care to the community into the new century. In May of 2003, Dr. Sebastiano was sworn in by the Fire Department – City of New York (FDNY) as an Honorary Medical Officer and still serves.

In 2013, Dr. Sebastiano joined the East Rockaway FD as a Physician on the Rescue Squad.

Dr. Sebastiano is BOARD CERTIFIED and RE-CERTIFIED in Family Medicine, a Diplomate of the American Board of Family Practice, a Fellow of the American Academy of Family Physicians and a member of the American Board of Medical Specialists.  He has been a member of both the New York State & the Nassau County Medical Societies. He is an Attending on staff at Franklin Hospital-LIJ Medical Center in Valley Stream and has flown emergency call with the Air Ambulance Network, transporting critically ill patients throughout the world. He is also a certified Rescue Scuba Diver and a member of the Diver’s Alert Network.  He is also a member of SAG – the Screen Actors Guild and does voice over commercials for TV and the Movies.

Dr. Sebastiano is licensed in both New York and New Jersey, and holds certificates from the American Heart Association in Advanced Cardiac Life Support, and the American College of Surgeons in Advanced Trauma Life Support.  He is also the recipient of three A.M.A. “Physician’s Recognition Awards.”

He is happily married and the father of twin five year old girls and a three year old baby girl.